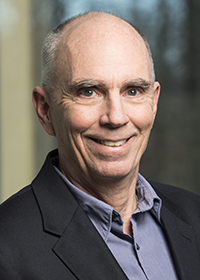 Dr. Hayes joined the faculty of George Mason University in the fall of 2014 as the Chair of the Department of Electrical and Computer Engineering. As a Life Fellow of the IEEE and an internationally recognized researcher for his contributions to the field of digital signal processing, he brings more than 30 years of teaching and research experience to Mason. He received his Bachelor’s degree in Physics from the University of California at Berkeley, and his Masters and Sc.D. degrees from the Massachusetts Institute of Technology. From 1981-2011 he was a Professor in the Department of Electrical and Computer Engineering at the Georgia Institute of Technology. While at Georgia Tech, he spent three years at GT Lorraine in Metz, France for teaching, research, and program development, and he served as ECE Associate Chair from 2005-2011. In 2011 he became a Georgia Tech Professor Emeritus. From 2011-2014 he was a Distinguished Foreign Professor at Chung-Ang University in Seoul, Korea for research, teaching, and developing new educational programs. He has also taught courses at Seoul National University, Korea University, Yonsei University (all in South Korea) and at Shanghai Jiao Tong University in Shanghai, China, and at Universidad Carlos III de Madrid in Spain.

His research interests have been in the general area of digital signal processing and, more specifically, in image and video processing. He has published more than 200 journal and conference papers and is the author of two textbooks. He has worked extensively in the areas of signal reconstruction, constrained iterative deconvolution, and iterative algorithms for signal enhancement. He has also worked on a variety of problems related to image and video compression, including stereo image and stereo video compression, multi-view image compression, and fractal compression of speech, images, and video. He has also worked on problems in lane detection and tracking for driver safety and awareness, face recognition for security and device personalization, and digital camera technologies such as autofocusing, depth estimation, and image enhancement. Dr. Hayes has also been in deeply engaged in engineering education and, in particular, technologies and approaches for online learning. He was one of the first at Georgia Tech to deliver courses asynchronously to remote students, and the first to deliver courses across the Atlantic to the U.S. from France. Recently, Dr. Hayes has shifted his research focus to pattern recognition and machine learning. In 2015 he was the recipient of the 2015 Chair of Excellence Award in Deep Learning from Banco Santander to do research at Universidad Carlos III de Madrid.

Dr. Hayes has won numerous awards including the Presidential Young Investigator Award, the IEEE Senior Paper Award, the Georgia Tech Excellence in Continuing Education Award, the Outstanding Professional Education Award, the ECE Distinguished Mentor Award. He has also been extremely active in the IEEE, serving in numerous administrative roles as well as serving as General Chair of the 1996 International Conference on Acoustics, Speech and Signal Processing (ICASSP-1996), the General Chair for ICASSP-2018, and the General Chair of the International Conference on Image Processing (ICIP-2016). He is currently is the General Co-Chair of ICASSP-2024 in Seoul, Korea.