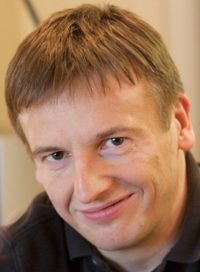 Krzysztof (Kris) Gaj received the MSc and PhD in Electrical Engineering from Warsaw University of Technology. He is a professor in the ECE Department at Mason, where he currently co-directs the Cryptographic Engineering Research Group – CERG - one of the largest and most widely recognized applied-cryptography groups in the United States. His major research projects have been devoted to the evaluation of cryptographic algorithms competing to become new American and international standards. Gaj and his team compare these ciphers from the point of view of their performance in hardware and embedded systems. His work was instrumental in selecting Rijndael as a new Advanced Encryption Standard - AES, and Keccak as a new cryptographic hash function standard – SHA-3. He also played a major role in performing and coordinating benchmarking of over 25 authenticated ciphers competing in the CAESAR contest. He is currently involved in evaluating candidates for two new U.S. federal standards in the areas of Post-Quantum Cryptography (PQC) and Lightweight Cryptography (LWC). The former of these two standards is related to the rise of quantum computers, which may one day wipe out the majority of modern cryptography as we know it. As a result, researchers, such as Gaj, are working right now to find a suitable replacement.

In his college years, Gaj wrote a book on the German Enigma machine and the techniques and machines used to break Hitler's code before and during World War II. Although his research interests shifted afterward to modern cryptography, he still incorporates Enigma's story into his classes on encryption and codebreaking.

Gaj leads students to greater understanding and acuity in cryptographic engineering, advanced digital system design, software/hardware codesign, and electronic design automation in a variety of senior and graduate courses. Beyond the classroom, Gaj interacts with numerous international professionals and academic communities in his field of research.